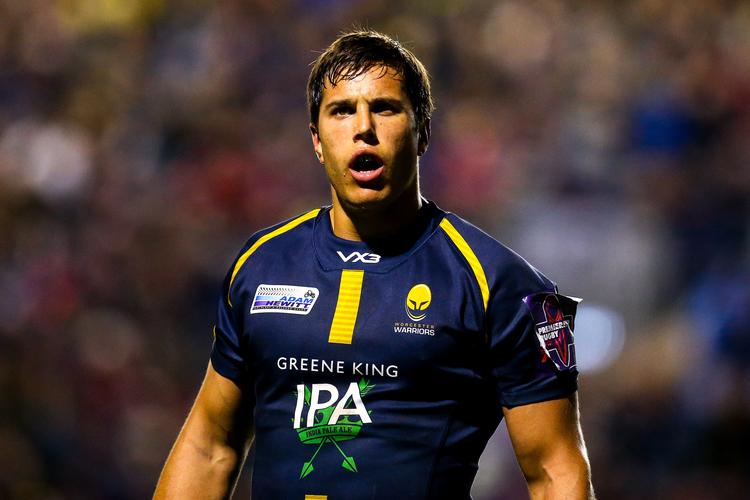 Ealing Trailfinders are pleased to announce the signing of Dean Hammond from Worcester Warriors for the 2020/21 season.

The winger, who can also play at centre has made 81 appearances for the Sixways based side, scoring 29 tries in the process.

The 27-year-old joined the Warriors Academy from South Africa's Western Province in September 2013, and went on to become a first-team regular throughout the 2013/14 season.

Hammond played a significant part in their British & Irish Cup triumph in 2015, and continued to progress by scoring eight tries in 17 appearances during the 2016/17 campaign. During the 2017/18 season Hammond crossed the try-line eight times in 20 games across all competitions.

Before heading to England the versatile back represented Maties and Western Province between 2011 and 2013, and he has also played for South Africa Sevens in 2011 and represented the South Africa Under 20 squad in the IRB Junior World Championship in 2012.

As well as Dean’s signing, James Cordy Redden will enter another season in West London with another year remaining on his contract.

Hammond is looking forward to his new challenge at Trailfinders Sports Club.

“I’m excited to be part of a team that is breeding a winning culture and has the hunger to be the best they can be.”

Director of Rugby Ben Ward is pleased to have further quality to add to the back-line for next season.

“Dean offers us power and pace, we have worked hard to improve our outside backs and he will add a lot of value and competition to what we already have.

He can also play at centre, which as with all of our backs we have a lot of versatility this year. He knows a few of our players from back home in South Africa which will help when he joins us, and after talking to him I believe he will fit in to the group very well.”