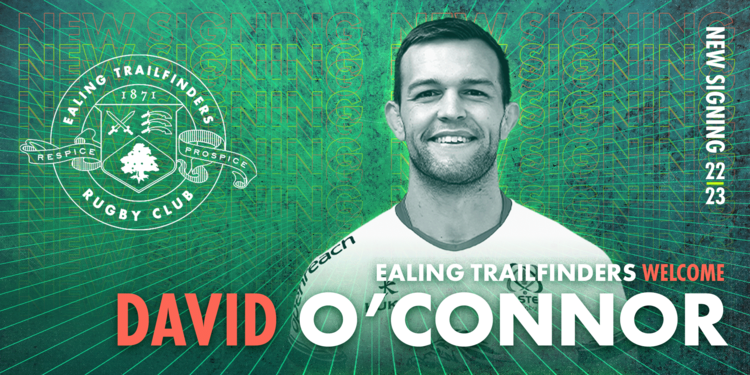 We are pleased to announce that David O’Connor has signed for Ealing Trailfinders, ahead of the 2022/23 campaign.

The 6’3 athletic back-row/second-row joined Ulster from All-Ireland League club, Lansdowne in the summer of 2019 on a development contract. He went on to make 15 appearances for the Irish side in the United Rugby Championship.

He arrived at Vallis Way in February on-loan from Ulster to bolster options for the men in green and white for the run-in of the Championship campaign. He’s played four times for Trailfinders, appearing in every match during the successful Championship Cup run.

Discussing his permanent move to Ealing, David said: “I really enjoyed playing in the cup campaign and being apart of a great year for the club, I’m excited to have signed permanently for next season. I can’t wait to get started again and contributing towards another successful season at Ealing Trailfinders.”

Director of Rugby Ben Ward commented: “David has been great during his loan spell here in West London. We are pleased to be able to make this a permanent deal and I look forward to continue working with him next season.”