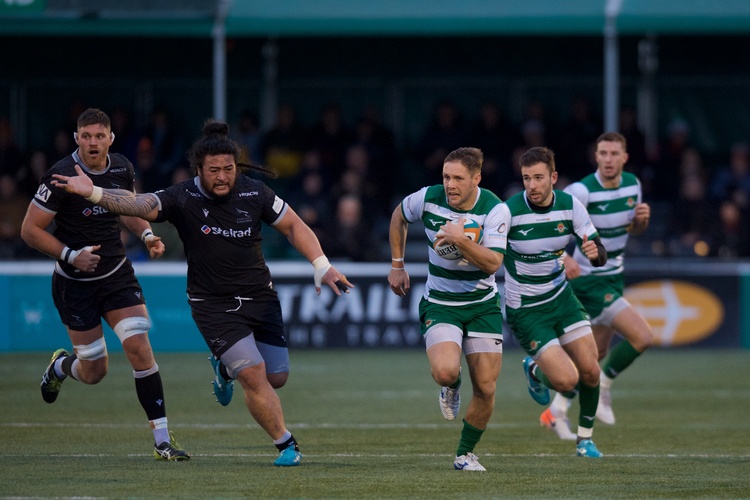 Ealing Trailfinders are pleased to reveal that David Johnston has signed a new two-year contract at the club.

The former Munsterman has been in West London for the last two seasons, becoming a vital member of the squad. His versatility means he can play at either fly-half, in the centre, full-back and has even been used on the wing, showing his ability across the back-line.

Johnston has made 32 appearances and is highly rated by the coaches for his reliable and consistent performances. He played 14 times in the shorter 19/20 season, mainly in the 13 shirt.

He was involved in the Championship Cup triumph against London Irish during his first season in the Green and White which ended in silverware, and as he heads towards his third year he will be competing with the likes of Pat Howard, Jack Tovey and Max Bodilly for a place in the match day squad.

The Irishman is pleased to be remaining at Trailfinders Sports Club for the 20/21 campaign.

“I’ve thoroughly enjoyed my first two years at Ealing Trailfinders. The progress we’ve made year on year has been significant and I’m excited to play a part in our future.”

Director of Rugby Ben Ward is delighted that Johnston has re-signed with the club.

“DJ is a very valuable member of our squad so it is great that he will be staying with us for another year.

His professionalism and work rate is an example to many and his attention to detail is second to none whether that is studying attack, defence or in training.

Being able to play at fly-half, centre or full-back is a massive asset as well as his kicking game and I’m sure he will continue to be a crucial part of our journey.”