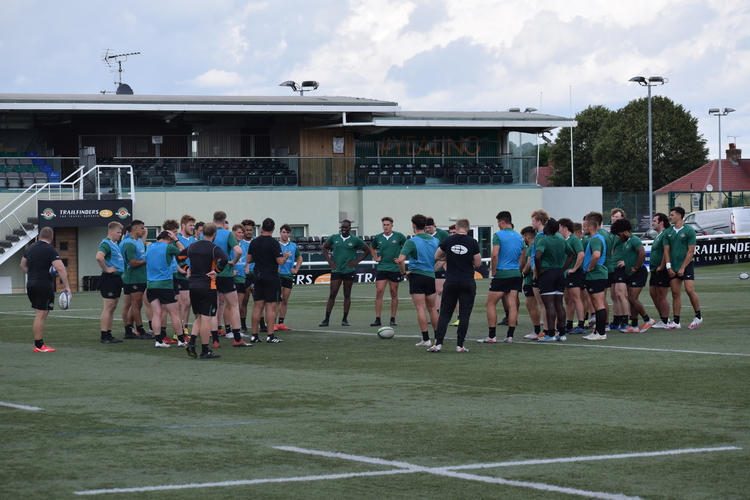 Brunel University got their Raging Bull Shield Division 1 campaign off to a flying start with a 42-24 win over Jersey Athletic last Saturday.

Jersey Athletic, coached by Myles Landick, have finished in the top half of the division in each of the last five seasons in what was a statement win for the hosts.

An end-to-end first period began with half-back pairing Dalrymple and Dan Hiscocks crossing over for the West London outfit in the first ten minutes, with Dalrymple slotting all his converted kicks that afternoon.

Hiscocks also starred with a commanding performance for his side in what was the University’s first return to competitive first-team rugby in over a year.

Matt Dalrymple’s second was accompanied by tries from Fin Gilmour, Jare Oguntibeju and Matt Cannon in a second half onslaught from the Blues.

The 6ft 8” Oguntibeju joined the South African contingent at the Brunel University scholarship programme ahead of last season, meeting up with the likes of Zach Toerien and Lefty Zigriadis.

The second period saw Paddy Gill’s team concede no points in part due to a notable cameo from lock Charlie Fox playing in the back-row.

The victory puts Brunel at the top of the Raging Bull Shield Division 1 with an away trip to Esher Cardinals 2nd XV up next on September 18th.