Brett Wilkinson takes on the the role of Transition Coach 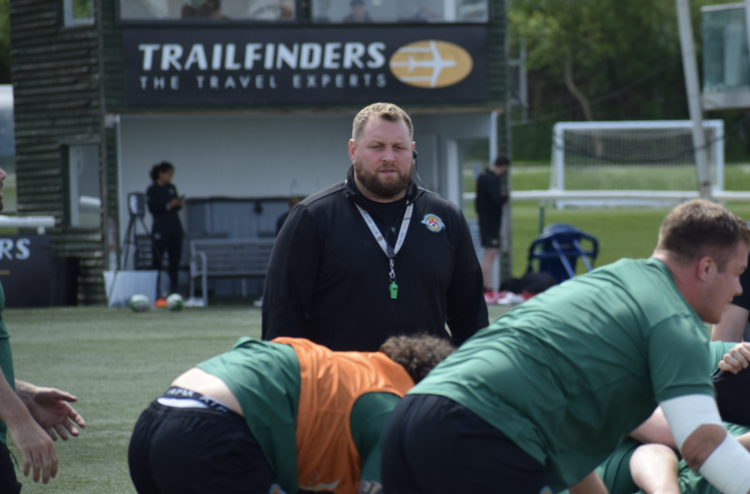 We are pleased to announce Brett Wilkinson has recently taken on the role of Transition Coach at Ealing Trailfinders.

Brett enjoyed a successful professional career, making 183 appearances for Connacht. The front row forward also has 5 caps for Ireland ‘A’ and made an appearance for Ireland against the Barbarians in 2012.

Unfortunately, Brett had to hang up his boots in 2014 through injury, however he went on to coach the Buccaneers in Ireland, before heading to Hong Kong where he had a dual role, Assistant Coach of the national team and Head Coach of Sandy Bay.

Brett joined the Ealing Trailfinders academy set up in May 2021 as Forwards Coach. His positive impact on the academy could be seen right away, Brunel had a very successful season, with all sides winning their leagues in the 2021/22 season.

Brett has recently switched into the role of Transition Coach. He will be working with the academy’s best prospects, to aid in their development and give them the best opportunity to be able to represent the first team.

We spoke to Brett and here’s what he had to say about his new role.

“I am looking forward to working in Ealing Trailfinders senior coaching environment, helping to develop the next generation of Ealing players. I am excited to be helping young players transition into the first team and watch them flourish in their professional careers.”

The Chief Operating Officer of the Academy Programme Simon Sinclair is pleased to be working with Brett.

“I’m delighted to have Brett on board, this is a really important role to support the transition of academy players, giving them the best opportunity to play for the first team.”