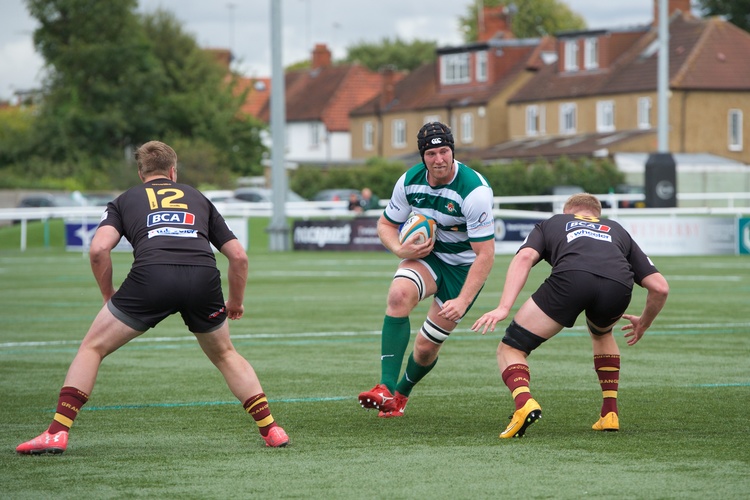 Ealing Trailfinders are pleased to reveal further retention for the 2020/21 season, with Harry Casson and Ben West both signing new contracts.

The second-row duo are both key members of the pack as the squad continues to take shape.

Casson is one of the most experienced players at the club, having put the Green and White shirt on 79 times and is a specialist lineout caller.

He has captained the side before during the British and Irish Cup campaign of 2017/18, and during 18/19 he started an impressive 17 matches in a row, making the number five shirt his own.

The former England Under 20s representative will now enter his fifth season at the club, and he has lifted both the British and Irish and the Championship Cup during his time at West London.

Casson is excited for the future at Trailfinders Sports Club.

“It’s a privilege to be part of such an ambitious club. Something special is developing at Vallis Way and to be offered the opportunity to stay and be part of this squad is exciting.

I’m looking forward to working with our existing and new players and contributing my experience both on and off the pitch.”

West also has vast experience at the top of the Greene King IPA Championship, and has made 32 appearances for the Trailfinders.

He was part of the promotion winning London Welsh side in 2013/14, meaning he knows what it takes to make the jump to the top tier. He then spent two years with Yorkshire Carnegie, and played against the Trailfinders in the semi-finals of the Championship in 2017.

West, who can also play in the back row will again compete with the likes of Harry Casson for a place in the squad, as well as Dave McKern and James Cannon who still have a year remaining on their contracts.

The lock is pleased to be staying in London for a third season.

“It was an easy decision to re-sign here. I’m looking forward to an exciting year with the progress we are making, and it will be great to work with Alex Codling as we look to make the next step as a club.”

Director of Rugby Ben Ward is delighted to have Casson and West in the squad for next year.

“Cass and Westy are both very important players for us so this is great news to have them for the 2020/21 campaign.

They both have a wealth of experience in this league which is crucial, and with their set-piece capability at the lineout in particular we are confident that they will continue to be central in our push to the top of the Championship.”