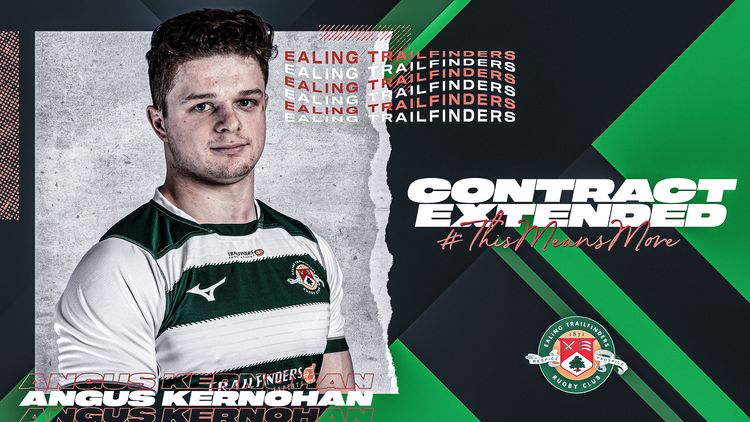 Irish Winger Angus Kernohan has signed a new contract to extend his stay at Ealing Trailfinders.

The 23-year-old has played all but one of Trailfinders Championship matches this season, proving himself as a vital part of Ben Ward's team.

The Irish back has made has made a valuable contribution during the campaign in his 10 appearances in the Championship, scoring most recently in the Trailfinders away victory at Cornish Pirates.

Angus is pleased to continue his time with the Trailfinders.

“Having enjoyed my first season here, I’m delighted to have extended my contract. The club is very ambitious and has a talented squad. I’m looking forward to seeing what we can achieve.”

Ben Ward knows that Angus will be crucial part in his plans for a push for promotion.

“Angus has really impressed us in his first season at the club. He has made a good impact on and off the pitch. He is powerful, fast and knows his way to the try line.”