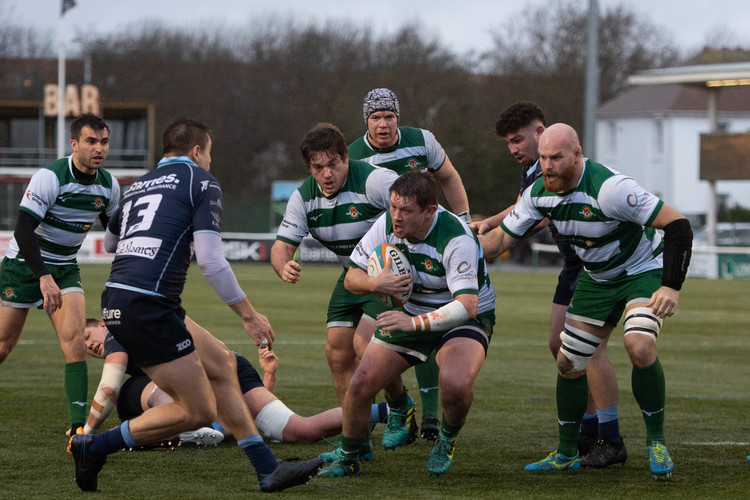 Ealing Trailfinders can today reveal that Alun Walker has signed a new contract to remain at the club for another two years.

The hooker already has six seasons at Trailfinders Sports Club under his belt and is the only man to have made 100 appearances for the club during the professional era, putting on the shirt 123 times.

His incredible try-scoring record has made him a fan favourite from National One all the way to the top two in the Greene King IPA Championship, crossing the line 55 times meaning that he has scored in virtually every other match since joining in 2014.

The 29-year-old has been a regular during all of his time in West London to confirm his place as one of the best to put on the Green and White shirt, and he will be looking to reach 150 appearances over the next two seasons.

The Scot, who represented his country at U18, U19 and U20 level originally joined on a two-year contract from Edinburgh having spent 2013-14 on loan at Nottingham. He has also played for Melrose and Currie.

Walker is delighted to have more time ahead of him at Ealing Trailfinders.

“It is a pleasure to be staying on with such an ambitious club for another two years. Nothing has changed in both the clubs or my own mentality on where we are striving to be.

I am proud to have been a part of Ealing Trailfinders for the last six seasons and am looking forward to taking the club to the heights of where the players and staff believe we can be.”

Director of Rugby Ben Ward is pleased to have Walker secured once more.

“Lunny has been with us since we turned professional. He has always continued to develop and mature, and is a very valued member of our squad.

He is extremely consistent in the set piece and is our most decorated player in the professional era at Ealing Trailfinders.”