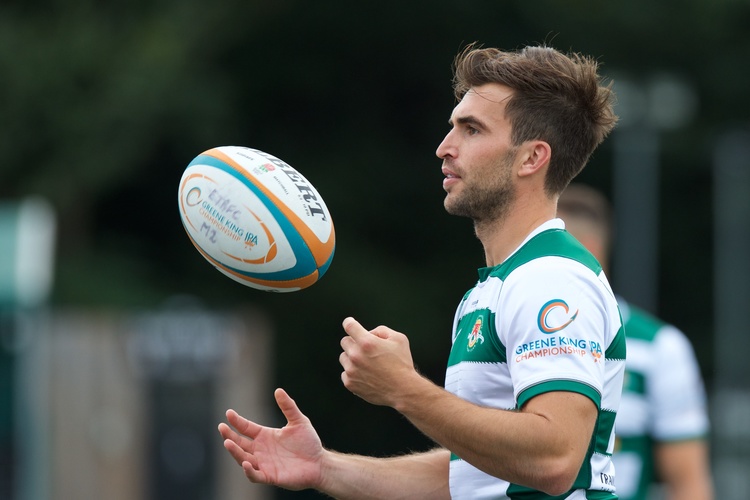 Ealing Trailfinders are delighted to announce that all three current scrum-halves will remain at the club for the 2020/21 season.

Craig Hampson and Jordan Burns have both signed new contracts, whilst Nathan Fowles already had another year remaining on his current deal. They all battled constantly for the starting shirt throughout the 19/20 campaign whilst all offering different styles of play.

This news means that with both fly-halves Craig Willis and Steven Shingler also committed, all five half-backs will head in to the new season with at least a year of each other’s company in a crucial position.

Hampson started 10 matches last season and built a formidable partnership with Shingler when playing together. Having previously spent four years at Wasps as well as spells with Bristol and Yorkshire Carnegie, he has a huge amount of experience on his CV.

“For me Ealing Trailfinders strikes it right. The great culture across the club makes it a pleasure to be both a Player and Academy Coach. The next couple of years will be particularly interesting, with great new signings and the rugby landscape changing, I’m excited for what is to come.” Said Hampson.

Burns, who is feared throughout the division for his searing pace has made over 100 appearances in the Greene King IPA Championship whilst at Bedford Blues and Ealing Trailfinders. He was the top try-scorer in his debut season at TFSC to prove himself to the supporters in 2018/19 as well as starting the Championship Cup Final against London Irish.

He began his career at Harlequins and represented England at Under 20 level, and will now enter his third year in West London.

“I’m really happy to be playing another year at Ealing Trailfinders. The club is building something special and I can’t wait to contribute on and off the pitch next year.” Added Burns.

Fowles was involved on 13 occasions last season and impressed with his consistent performances in the number nine shirt. The 26-year-old has a strong kicking game and also offers physicality which puts his side on the font foot.

Having made 71 appearances for Edinburgh in the Pro 14 he also came with vast experience, and had a successful first year in London.

“The club is forever growing, with an ambition group of players and staff and I’m finding it thoroughly enjoyable to be a part of the journey that we are on.” Said the 26-year-old.

Director of Rugby Ben Ward is delighted to have these three crucial players for next season.

“I can’t speak highly enough of these three players, they are absolutely vital to how we want to play so it is brilliant to have them all on board.

With only two places in the match day squad it was never easy having to pick but their professionalism was hugely impressive and made them a delight to work with.

They compliment each other with slightly different styles, and with both fly-halves also here I think this is a major step for us towards next season.”