Adam Korczyk next to commit to Ealing Trailfinders 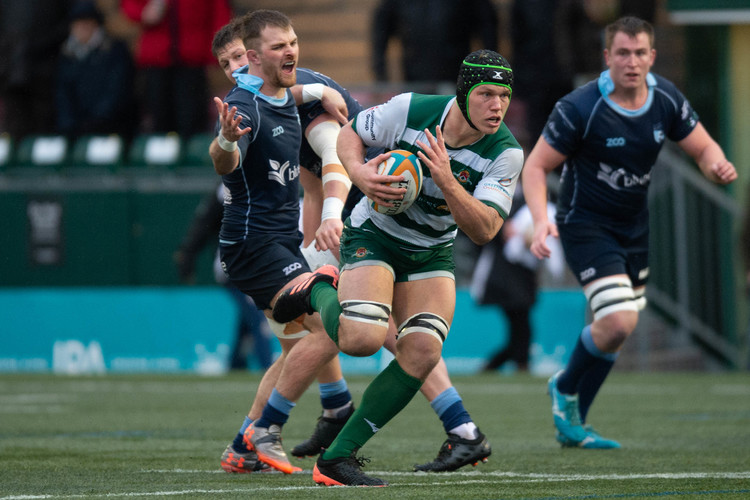 Ealing Trailfinders are delighted to reveal that Adam Korczyk has signed a new contract at the club for the 2020/21 season.

The Australian joined the Trailfinders in January and then played in six of the last seven matches of the campaign after making his debut against Ampthill.

A man of the match performance away at Coventry was the standout moment for the back-rower who is an extremely physical ball carrier, making him a dominant force in the Championship.

The 24-year-old who stands at 6ft 4” and weighs 107kg was previously at Queensland Reds, and made 26 appearances in Super Rugby after making his debut against the Bulls in Pretoria in 2015.

Korczyk can play either of the back-row positions, and his versatility meant that he was called up in to the Wallabies set-up in 2017 and 2018 as a squad player. He also represented his country six times at Under 20 level.

The flanker is pleased to have put pen to paper in West London.

“I thoroughly enjoyed joining the club late last season. It was a easy decision to return this season, and I can not wait to get back to work.” Said Korczyk.

Director of Rugby Ben Ward is thrilled to have him for another season.

“Adam had a huge impact when he arrived and showed exactly what he is capable of in his performances.

We still feel that he was settling in to the Championship and was improving week on week so there is still plenty to come from him. His defensive work is very strong as well as the breakdown area, so we are delighted that he will be remaining with us.

With the likes of Adam, Rayn, Kieran and Shane in the back-row area we feel this is an area of real strength for us.”